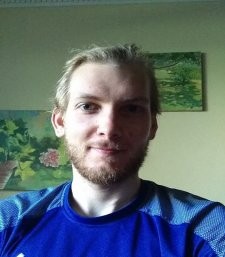 Kant and German Idealism; history of philosophy; philosophy of history

Philosophy is often associated with a kind of supremely logical thinking, in which all sides are weighed and every consideration is accounted for in the attempt to most accurately make sense of things. In Philosophy and the Mirror of Nature, Richard Rorty offers another conception: “if we see knowledge as a matter of conversation and of social practice, rather than as an attempt to mirror nature,” we arrive at “a conception of philosophy which has nothing to do with the quest for certainty.” My interest in philosophy stems from the way in which I see the discipline as the intersection of these disparate ideas. On the one hand, I am interested in the construction and analysis of argumentation in light of principles of perspicuity and intelligibility. On the other, I understand this analysis as both conditioned by and conditioning the terms of broader historical conversations that express human interest and attention.

I have been interested in bringing this understanding to bear on the role of normativity in human affairs, ranging from metaphysics to epistemology to metaethics, and especially grounded in the work of 18th – 19th century German philosophers from Leibniz to Hegel. In particular, this concern with normativity emerges again and again throughout the history of philosophy in the guise of the problem of criteria: in virtue of what do our ideas make contact with objects in the world? On the basis of what do we ground or justify our access to these objects? Insofar as these criteria seem unavailable to us on critical reflection, we are drawn into anxiety about the well-groundedness of the practices, beliefs, and systems constituting our forms of life. Many philosophers can be read in explicit confrontation with such a skeptical anxiety. And yet examining and doubting the accepted criteria of life is at least a necessary first step on the path to any anti-skeptical justification.

I previously completed a BA in philosophy and mathematics from Williams College (2018), where I also had the opportunity to study for a year at Oxford University (2015) and a semester at Georgetown University and Johns Hopkins University (2016).