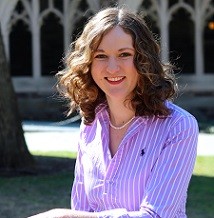 I am interested in ancient philosophy, especially the rise and development of epistemological ideas throughout the ancient world.  My research focuses on understanding belief and knowledge (doxa and epistēmē respectively) first as put forward by Plato and then re-examined by later Hellenistic philosophers.  I am also interested in knowledge and virtue in Aristotle’s ethics, especially the Eudemian Ethics, and in the influence of ancient epistemology on medieval and early modern philosophers, particularly in their adaptation of ancient ideas to early Christian thought and vice versa.

My dissertation centers around two main projects.  The first is to show that certain commitments about ethics, commonly known as the Socratic Paradoxes, are a major motivation for the distinctive epistemological picture that we see in Plato's Republic.  The second is to argue that understanding Plato’s epistemology in light of this motivation can help us see how it avoids some of the classic problems scholars have found with it—in particular, we will see why a “Two Worlds” picture of epistēmē and doxa is not problematic.

To accomplish these tasks, I first focus on presenting a new interpretation of the Hippias Minor that shows how the Socratic Paradoxes demonstrate a need for a new, stronger notion of epistēmē.  The Hippias Minor proposes the Voluntary Wrong Thesis (VWT), that it is better to do something wrong voluntarily than to do it wrong involuntarily.  The VWT is a crucial thesis for Socrates, and his commitment to it motivates him to accept the “paradox” that no one does injustice voluntarily.  In accepting this paradox, however, he requires a notion of justice that can explain why this paradox would hold and why justice can avoid the unsavory consequences of the VWT.  I argue that the Hippias Minor shows that something about justice as an epistēmē must do the work of supporting the paradox.  Next, I turn to the Protagoras to examine the other Socratic paradox of interest to my dissertation:  that virtue is knowledge.  Socrates argues for this paradox in the Protagoras, as well as famously denying the existence of akrasia.  Though much of the scholarship has focused on the implications of these claims for moral psychology, I examine how the Protagoras connects the Socratic paradoxes to epistēmē and further promotes a notion of epistēmē that could hold for the thesis that virtue is knowledge.  With this background in place, I turn to the Republic in order to show how these motivations contribute to the “Two Worlds” epistemology we see developed there.  With these motivations, I argue, we are able to understand better the Two Worlds picture itself, and, per my second main project, we can see how it avoids the problems typically plaguing Two Worlds epistemology.  To explore further how the Socratic Paradoxes influenced the ancient epistemological and ethical landscape, I also examine the connection between virtue and epistēmē in some controversial and under-studied passages in the Eudemian Ethics, as well as in Aristotle’s ethical thought more broadly.