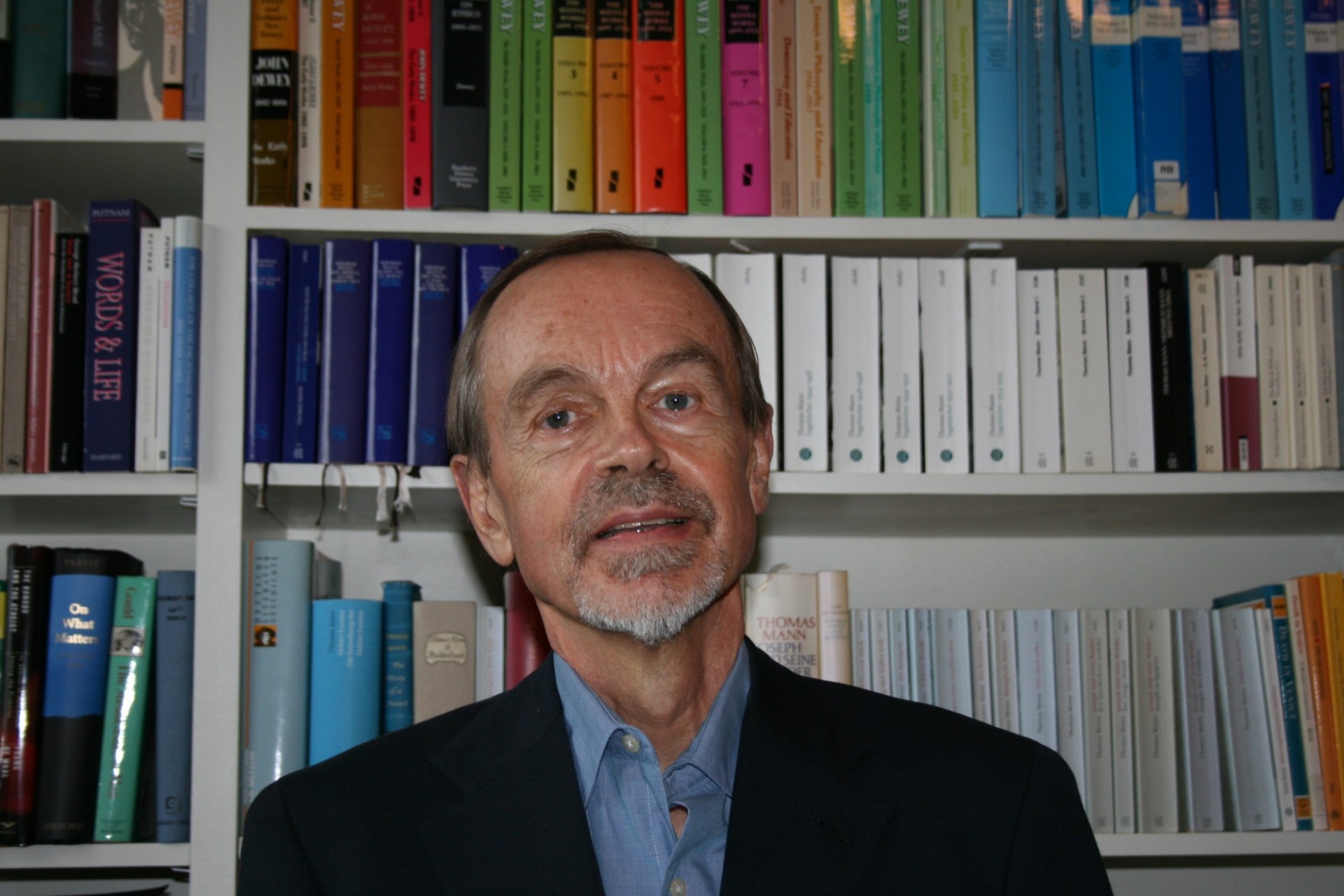 
Before coming to Columbia, I taught at the University of California, San Diego, and before that at the University of Minnesota.    Early in my career, I was primarily interested in philosophy of mathematics and general philosophy of science.   During the late 1970s, I became very concerned with the philosophy of biology.    That concern led me to investigate not only conceptual and methodological issues in biology, but also questions about the relations of biological research to society and politics.    During the 1990s, my interests broadened further to embrace the role of scientific inquiry in democratic societies.    Since coming to Columbia, that line of investigation has been further elaborated in relation to pragmatism (especially William James and John Dewey).    Part of this work advances a program for naturalistic ethics (one I take to be Deweyan in spirit).   I have also developed a program of research in philosophical themes in literature and music, focusing so far on Joyce and Wagner, and, in a recent book, on Thomas Mann and Mahler.

During my time as Director of Undergraduate Studies (2008-11), most of my teaching was in undergraduate classes.   Now I am once again teaching at both the undergraduate and graduate levels.  For graduate students, I offer seminars on pragmatism and on naturalistic ethics.  I am also prepared to work with graduate students individually and in small groups, if they want to prepare themselves to write in areas of my research where a critical mass of qualified students for a seminar is more difficult to achieve (e.g. Philosophy of Biology, Science and Democracy, Philosophy in/and/of Literature).  At the undergraduate level, I have taught in Columbia’s Core Curriculum, serving as Chair of Contemporary Civilization from 2004 to 2007, and, more recently, teaching Literature Humanities.   I teach undergraduate courses on Dewey, Science and Religion, Darwin, Philosophical Problems of Climate Change, Philosophy and Literature, Economics and Philosophy, Philosophy of Science, Contemporary Moral Problems, and (in the Department of English and Comparative Literature) on Joyce and on Finnegans Wake.

Following Dewey, I believe in the need for a reconstruction of philosophy (so that it will not be a “sentimental indulgence for the few”), and I worry about the increasing narrowness and professionalization of academic philosophy.   In working with graduate students, I hope to instill a capacity for clarity and rigor without sacrificing the sense of why philosophy matters.

2016-17 will be my final year of full-time teaching.  From Fall 2017 to July 2021, I shall be in phased retirement, teaching one term per year (typically in the Spring).   Even after my retirement I plan to supervise the theses of any graduate students who have completed the pre-dissertation requirements before July 2021.


Recent Books (since 2010; a complete list of my publications can be found on my website Professor Kitcher).

The Seasons Alter: How to Save our Planet in Six Acts(with Evelyn Fox Keller), to be published by W.W. Norton in April 2017