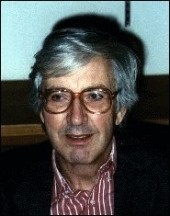 Before coming to Columbia University, he taught in Paris, Oslo and Chicago. His publications include Ulysses and the Sirens (1979), Sour Grapes (1983), Making Sense of Marx (1985), The Cement of Society (1989), Solomonic Judgements (1989), Nuts and Bolts for the Social Sciences (1989), Local Justice (1992) and Political Psychology (1993). His research interests include the theory of rational choice, the theory of distributive justice and the history of social thought (Marx and Tocqueville). He is currently working on a comparative study of constitution-making processes from the Federal Convention to the present and on a study of retroactive justice in countries that have recently emerged from authoritarian or totalitarian rule. Research interests include Theory of Rational Choice and the Theory of Distributive Justice.