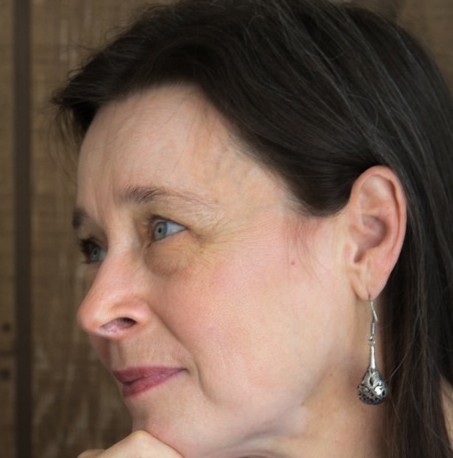 My current research focuses on several interrelated topics:  the first person, personal identity, relativism, the foundations of value, group vs. individual responsibility, and some new problems for liberal theory.  An abiding theme of my work, both recent and earlier, concerns the very idea and nature of a point of view.

In my first book, The Bounds of Agency: En Essay In Revisionary Metaphysics, I explored the differences and interrelations (or rather lack thereof) between three notions of a point of view:  the bodily point of view of an animal, the phenomenological point of view of consciousness and the rational point of view of deliberation.  The book argues that groups of human beings as well as parts of human beings may have rational points of view, from which they can engage in distinctively interpersonal relations, and thereby qualify as individual persons in their own rights.  This amounts to a new interpretation of and argument for Locke’s distinction between personal and animal identity, one that has significant implications for the issue of group vs. individual responsibility.  This book has a frontispiece by Marina Moevs.

The premise of this second book is that there is no general consensus among philosophers about what the content of the doctrine of relativism actually is, or even whether it admits of a coherent formulation.  I consider and reject various formulations that have recently been discussed -- in terms of irresoluble disagreement, relative truth and various challenges to objectivity -- in favor of an older idea that prevailed in the main 20th century debates about relativism, but which was never adequately elucidated then, namely, the idea of an “alternative”.  I argue that alternatives are best understood as truths that cannot be embraced together, not because they are inconsistent (as we find in cases of ordinary disagreement) but because they do not stand in any logical relations at all, and as a result they are “normatively insulated” from one another.  I argue further that this distinctive logical significance of the doctrine of relativism brings in train a distinctive metaphysical and practical significance as well.  Metaphysically speaking, when the relativist affirms that there are normatively insulated alternatives, she is affirming that there isn’t just one world (Unimundialism) but many worlds (Multimundialism);  and practically speaking, when the relativist takes herself to encounter alternatives, she must take up a peculiarly disengaged stance towards others, from which she sees no possibility of either agreeing with them or disagreeing with them.  She also denies the possibility of a View from Everywhere – that is, a a single, all-encompassing point of view from which all of the truths that can be embraced from every other point of view can be embraced together.  This is quite distinct from Nagel’s idea of a View from Nowhere, which expresses an epistemological aspiration of realism.  Indeed, on my formulation, the relation between realism and relativism – ordinarily regarded as one of direct, mutual, opposition – is not at all straightforward.

I have two other books in progress:

Out of Order:  An Introduction to Philosophy via Columbia’s Core Curriculum.

What are Individuals and Why do they Matter? Taking Liberalism to Logical and Illogical Limits

The Metaphysics and Ethics of Relativism, Harvard University Press, 2013.

“Anti-Realism and Relativism,” volume on realism in Italian ed. by DeCaro and Ferraris, Einaudi, 2012.

“How to Formulate Relativism,” Meaning, Knowledge and Mind: Themes in the Philosophy of Crispin Wright, ed. A. Coliva, Oxford University Press, 2012.

“Does Rationality Enforce Identity?”, Self and Self-Knowledge, ed. A. Coliva, Oxford University Press, 2012.

“Self-Evaluation and the Ends of Existence,” Self-Evaluation: Affective and Social Grounds of Intentionality, eds. Kontzelman Ziv, Lehrer and Schmid, Springer, 2011.

“Why do Individuals Matter?,” Daedalus, Special Issue on Identity, 2006.

“Personal Identity: Ethical not Metaphysical” McDowell and His Critics (in the Oxford series, Philosophers and their Critics), ed. C. MacDonald and G. MacDonald, Oxford University Press, 2006.

“On the Very Idea of an Ethical Scheme” Iyyun: The Jerusalem Philosophical Quarterly, 54, 2005.

“Alienation and the Alleged Separateness of Persons,” Monist, 2005.

“From a Rational Point of View,” Philosophical Topics, 2003.

“Earning the Right to Realism and Relativism in Ethics,” Philosophical Issues, vol. 12 (2002).

“The Problem of Philosophy” (A Symposium with Colin McGinn), Philosophical Studies, vol. 76, 1994.

“Self-Reference: The Radicalization of Locke,” Journal of Philosophy, February 1993.

“The Epistemology of First Person Reference,” Journal of Philosophy, March 1987.