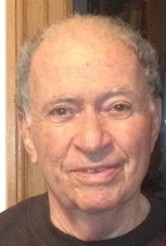 Professor Gaifman's first result (obtained when he was a math student) was the equivalence of context-free grammars and categorial  grammars. He was Carnap’s research assistant, working  on the foundations of probability theory, and got his Ph. D. under Tarski (on infinite Boolean algebras). He worked on a broad spectrum of subjects:  in mathematical logic (mostly set theory, where he invented the technique of iterated  ultrapowers,  and models of Peano's arithmetic), foundations of probability (where he defined probabilities on first-order and on richer languages), in philosophy of language and  philosophy of mathematics,  as well as in theoretical computer science. He held various permanent and visiting positions in mathematics, philosophy and  computer science  departments.  While he was professor of mathematics at the Hebrew University,  he taught courses in philosophy and  directed the program in History and Philosophy of Science.